Architect Werner Sobek consulted with ID AID on the concept and design for the covered altar island used during the Holy Mass celebrated by Pope Benedikt XVI on 25.9.2011 in Freiburg. Sven von Boetticher, who had already designed the covered altar island for the Papal visit to Munich in 2006, then as Project Manager for Sobek, was able to contribute the valuable experience gained from the last project to the new one, providing vital impetus and design approaches. Success resulted. The entire structure was designed in such a way that almost all the material used could be recycled after the event. 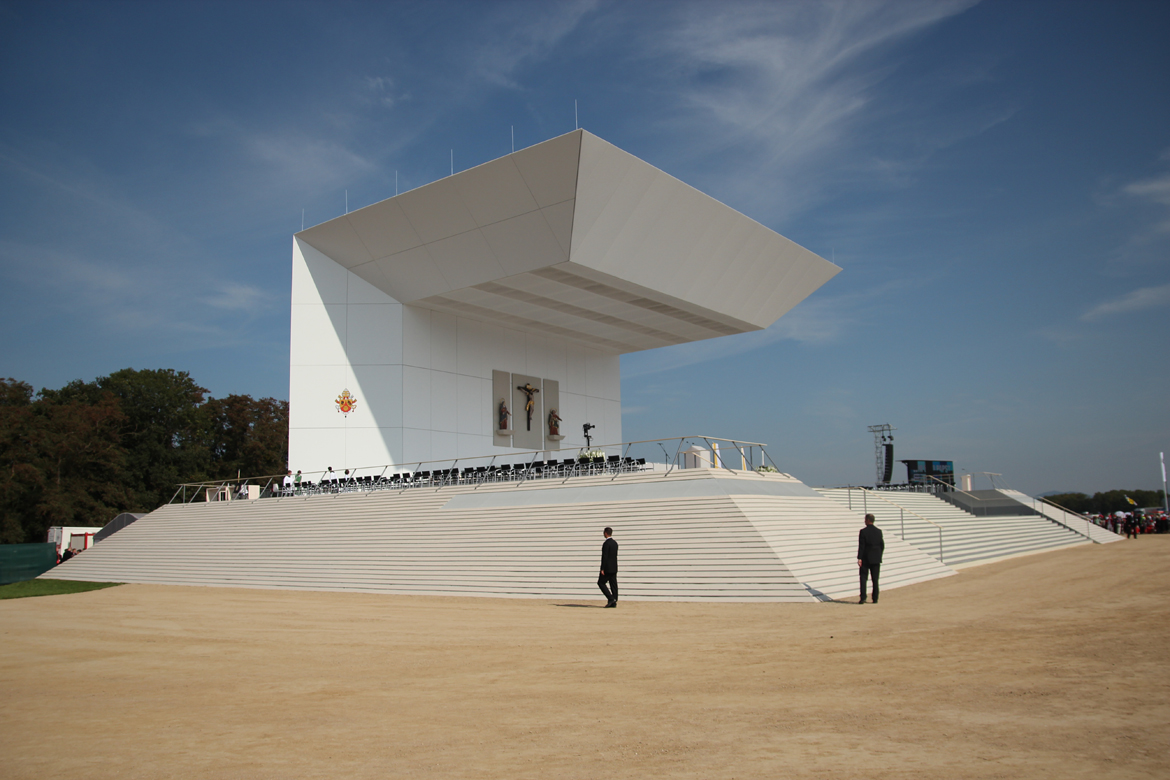 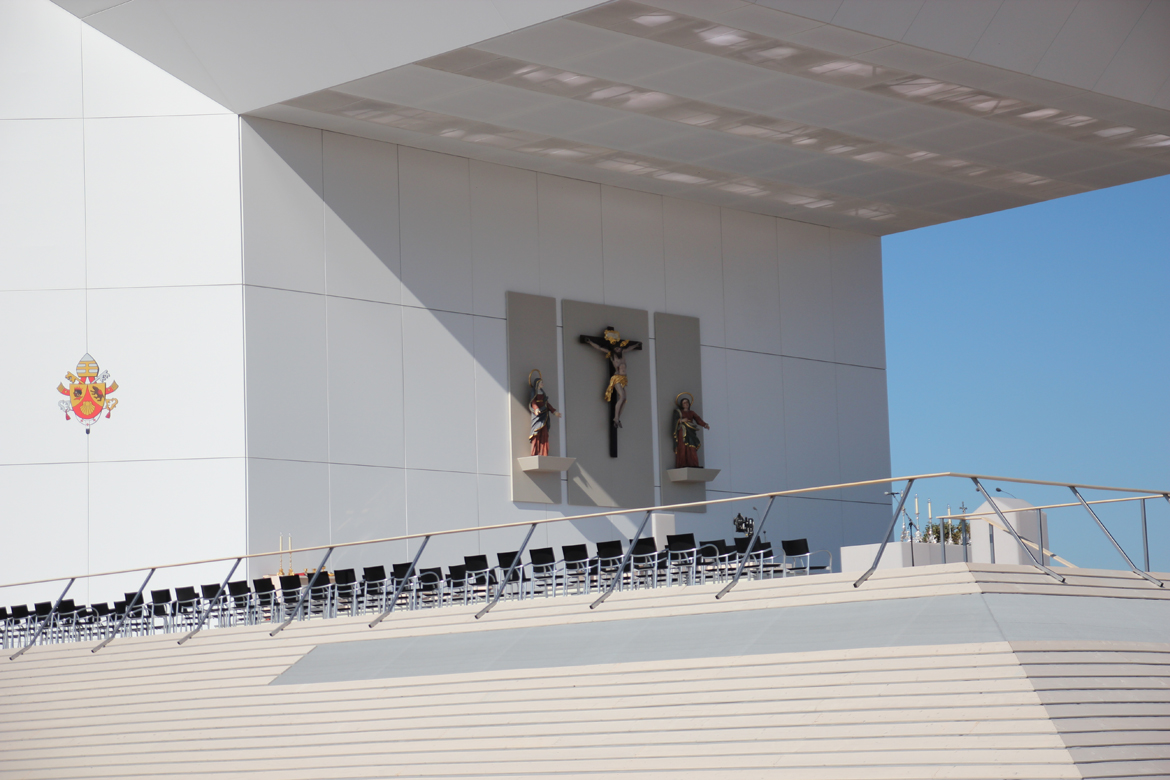 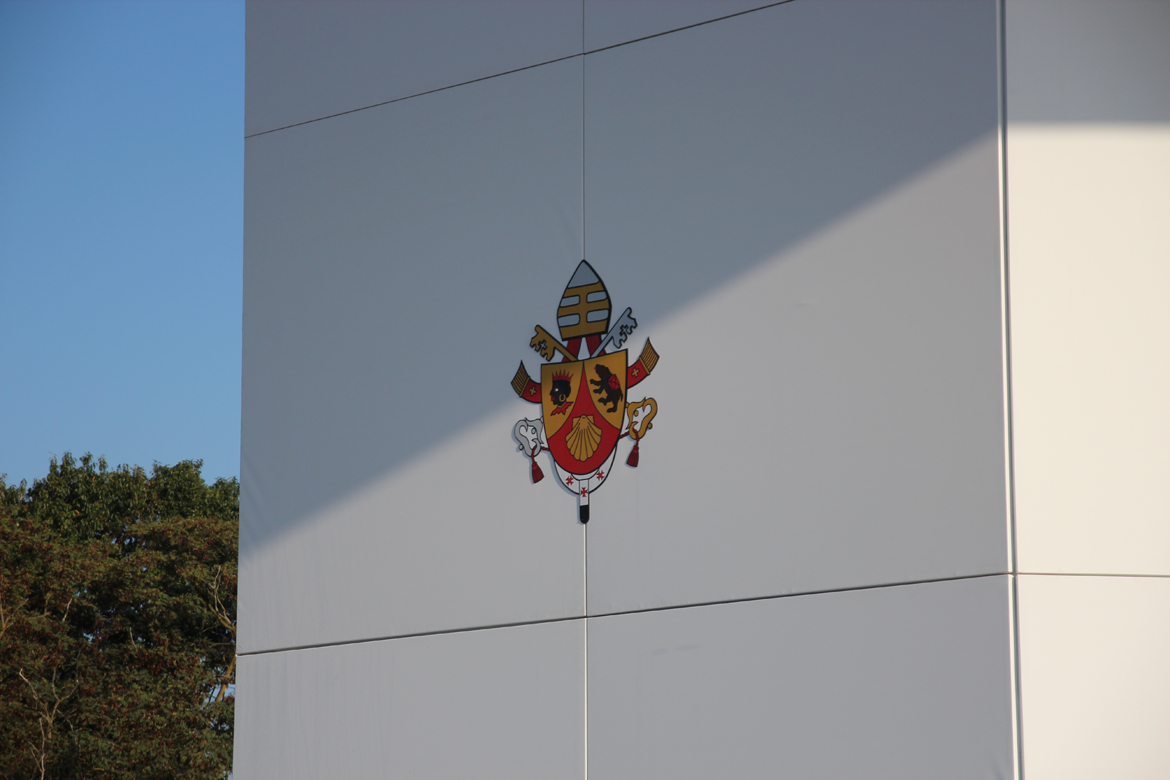 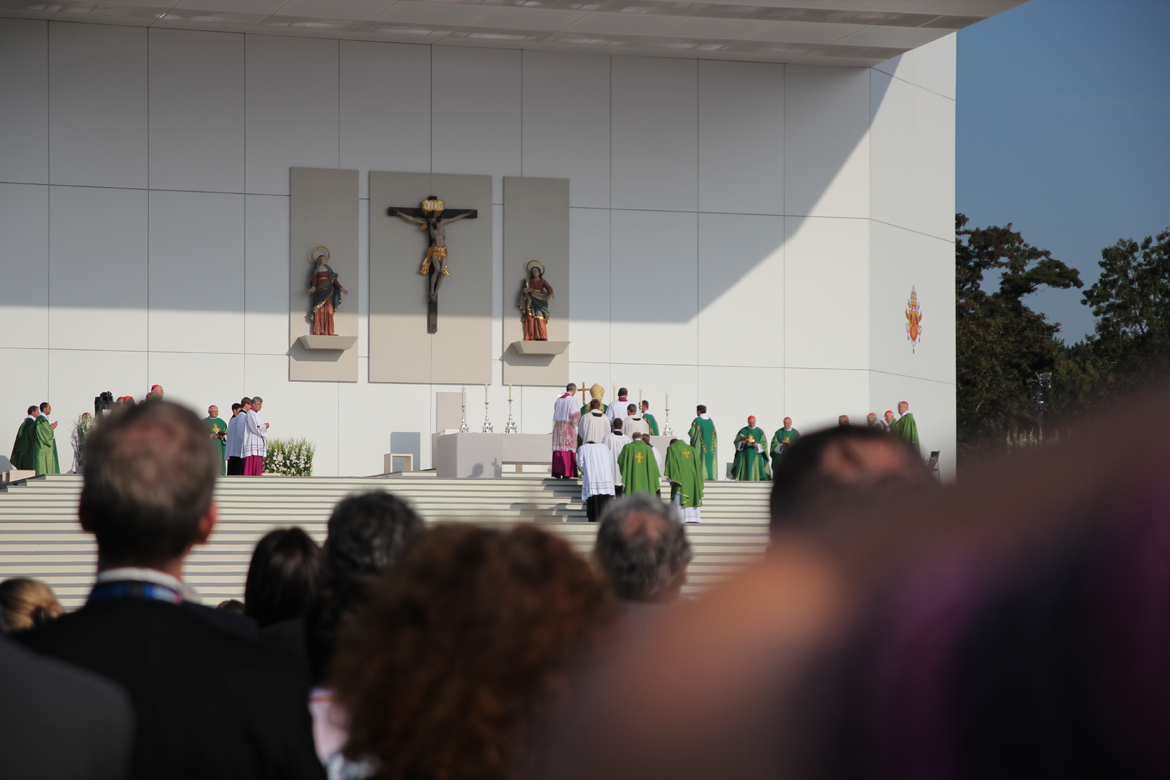